Have the current Covid-19 travel restrictions given you a case of cabin fever? Consider taking a fun road trip with your family to bring out the history buff within! Did you know Yuba Sutter is home to many of the region’s most famous Gold Rush landmarks? Dating back as far as the 19th century, the historical markers in Yuba Sutter offer a look into our state’s fascinating past. Not sure where to start? We’ve got you covered! Here is a list of some of the most famous Yuba Sutter landmarks for you to find, as well as a brief summary of their history. Try to find them all! Be sure to download our printable Yuba Sutter Historic Landmarks Scavenger Hunt to take with you as you explore! 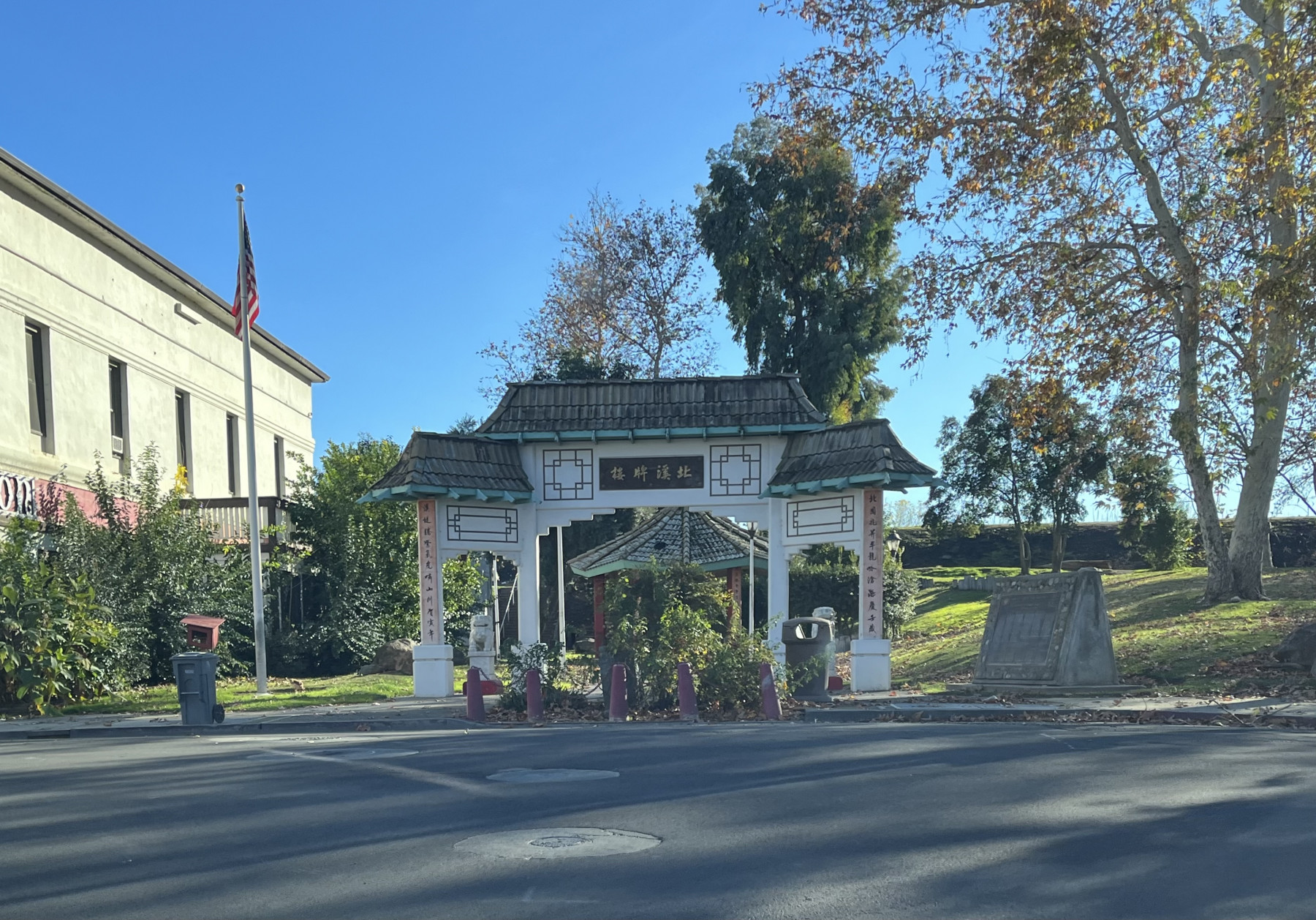 The Bok Kai Temple was constructed in Marysville in the early 1850s (and rebuilt in 1880) by a significant population of Chinese immigrants who had fled the troubled Canton province in China. During a critical flooding period in Marysville, the temple was built with reverence towards Bok Eye (a Chinese god of water) who is the central deity of the Bok Kai. Still today at times of high water, prayers are held to spare the City of Marysville, and--interestingly--Marysville hasn’t flooded since 1875. California’s oldest running parade is the Bok Kai parade which happens in Marysville each spring. Tours of the temple are available only by special arrangement.

Beckwourth Riverfront Park is named after James Beckwourth, an emancipated slave who discovered the lowest elevation pass through the Sierra Nevadas, leading the first wagon train (and ultimately thousands of immigrants) into Marysville in 1851. Today, the park hosts concerts and sporting events that draw thousands of participants.

This Valley Oak Tree is identified as being over 200 years old, standing at the time of the signing of the U.S. Constitution. It is one of 35 such trees identified nationwide. The famous tree is located on Highway 99 in Live Oak just a few steps north of Dutch Bros. Coffee at 9922 Live Oak Blvd. 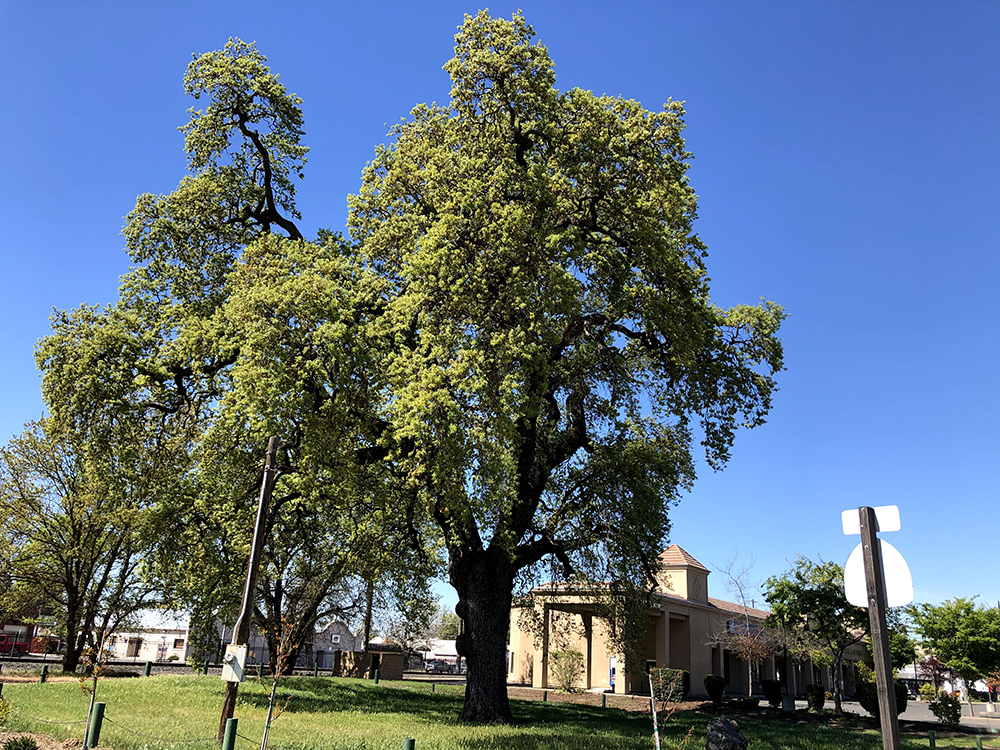 The Fremont Marker is named for the efforts of John Fremont who -- directed and outfitted by the U.S. government -- established a major camp at the base of the Sutter Buttes where he helped the United States secure California ahead of the aspirations of the English, Russians and French. An attack in 1846 against Mexico’s Northern Regional Headquarters at Sonoma (facilitated in part by Fremont) encouraged the United States to bring more troops into California and block the intrigue of the Europeans. California became a state four years later. The Fremont Historical Marker is located on Pass Road near Sutter, California approximately 1.5 miles west of Butte House Road.

Johnson’s Ranch is Historic Marker #493 which is the first settlement reached in California by emigrant trains using the Emigrant (Donner) Trail, an original part of the 1844 Don Pablo Gutierrez land grant. It was sold at auction to William Johnson in 1845; in 1849 part of the ranch was set aside as a government reserve: Camp Far West. In 1866, the town of Wheatland was laid out on a portion of the grant. A marker is in Tomita Park on Front St. in Wheatland.

The Masonic Temple was termed the “finest building of its kind in the state” when construction was completed in 1910.  Reflecting a mission revival architectural design, the timbers (which support the covering) were felled and prepared in the forest of Georgia and transported on ship via a route of the Horn, through the bay, up the delta, Sacramento River, Feather River, and docked in Yuba City. The exposed timbers run the full length of the Lodge room. W H Allen, the architect, supervised the construction that was performed mainly by members of the lodge; no general contract was let. Almost the entire cost of the edifice was contributed by the members through voluntary subscriptions. Enterprise Lodge #70 is located at 501 Second Street in Yuba City. 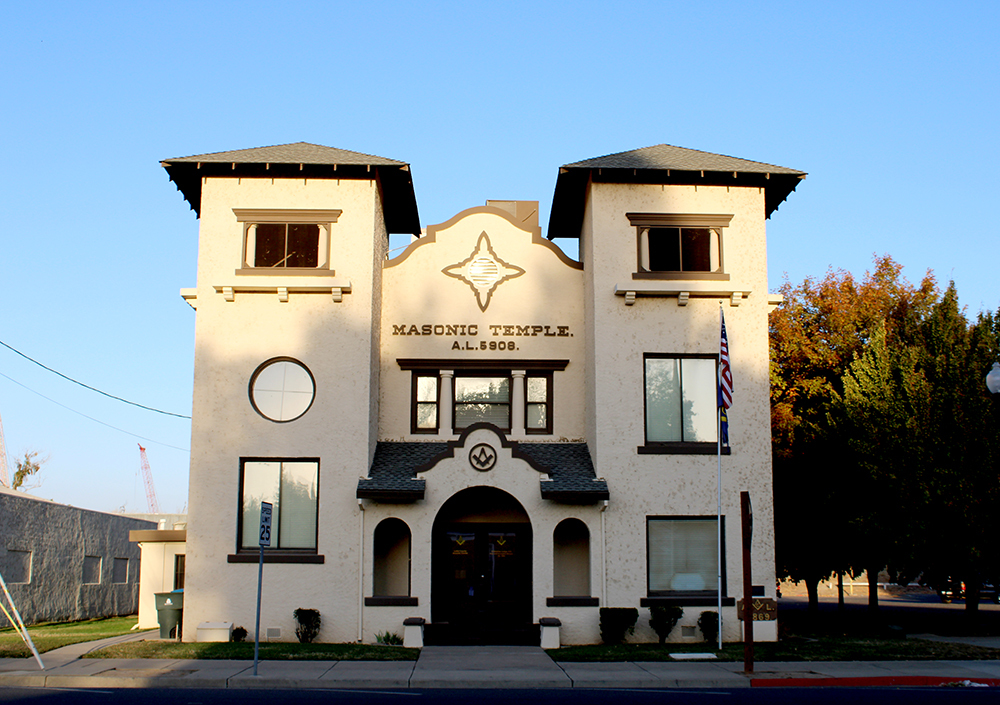 Established in 1850 during California’s Gold Rush era, the historic Marysville City Cemetery sits on 14 acres and is reputed to be the oldest city-owned cemetery west of the Mississippi River. The burial place of some 10,000 people, the cemetery is located north of the city which is outside the protective levees in a flood plan. It is a California Point of Historical Interest due to its notable burials such as Charles Covillaud, married to Mary Murphy Covillaud of the ill-fated Donner Party, for whom the City of Marysville is named; Mary’s sister, Donner Party survivor Harriet Frances Murphy Nye; Charles Macy, whose brother Rowland Hussey Macy founded the Macy’s department store chain in 1858; and Charles E. DeLong, United States Envoy to Japan.; and--most notoriously--the infamous stagecoach robber, Black Bart, whose plot is marked as Charles Hall.

The Sikh Temples truly capture the colorful splendor of community and worship. The Tierra Buena Temple was established in 1969 built in the exact architecture of the Sikh temples in India. These gurdwaras play an important role in the community of those of the Sikh faith. In recent years, Sutter County has been home to the largest Punjabi-American community outside of India.

Propagation of the Seedless Thompson Grape

Historic Marker #929 is located just eight miles west of Yuba City near Wyncoop Rd. Englishman William Thompson and his family settled in Sutter County in 1863. Nine years later, he sent three cuttings of a grape called Lady de Coverly to New York. Only one cutting survived, but the grape (first publicly displayed in Marysville in 1875) became known as Thompson’s Seedless Grape. Today, thousands of acres of grapes are planted in California for the production of raisins, bulk wine and table grapes.

It's said the infamous outlaw Black Bart hid behind this rock to rob stagecoaches throughout the 1870s. Marked as "Robber's Rock" by the Friends for the Preservation of Yuba County, you can visit this spot on Marysville Rd between Browns Valley and Collins Lake. Keep your eyes peeled! The rock is is clearly marked with a sign and located on the east side of Marysville Road.

Yuba City’s Second Street has a variety of architectural styles of homes along Second from Bridge Street to Garden Highway on B & C Streets. Additionally, the old Sutter County Courthouse (a Classical Revival structure circa 1899) and the Sutter County Hall of Records (built in Romanesque style in 1891) dominate the Second Street district of historic buildings.

Historic Marker #346 is located on State Hwy 99 at Messick Rd approximately 6.7 miles south of Yuba City. John Sutter, an immigrant from Switzerland, took Mexican citizenship to receive a large land grant in the northern Sacramento Valley in 1841. After establishing what is known today as Sutter’s Fort in Sacramento, Sutter established a second home along the banks of the Feather River. Hock Farm was named after the Hocks, a village of Maidu, and it became the site of the state’s first organized agricultural endeavor. Sutter fled to Hock Farm after losing control of Sutter’s Fort during the gold rush era. It was his last home in California. On June 21, 1865, a vagrant ex-soldier who had been staying at the Hock Farm burned it to the ground. Defeated in California, Sutter moved East in a futile attempt to convince the United States government to restore the lands taken from him when the U.S. canceled all land grants under the previous Mexican government.

Famously known as the World’s Smallest Mountain Range, the Sutter Buttes have had many names dating back to the early 1800s: Los Tres Picos (Spanish explorers), Sacramento Buttes (John Fremont), and Marysville Buttes. Following a 26-year effort, however, the Yuba City Women’s Club succeeded to assign ownership to the host community of Sutter: the mountain range was officially christened the Sutter Buttes in 1949. By any name, they are a unique and significant landmark and icon. Formed by unusual volcanic up-thrust that ceased about 1.5 million years ago, the Sutter Buttes are circular in shape, 10 miles wide and cover 75 square miles. The highest of the three peaks is 2,132 feet above sea level. The Buttes sit on mostly private property with access available in the spring and fall through guided tours with Middle Mountain Interpretive Hikes. Signs along Hwy 20 will direct you to a scenic drive tour. The Sutter Buttes are the only mountain range you can circle in a day. This 40 mile loop can be done by car or bicycle.

Historic Markers #320 and #321 are located in this historic gold rush town known as Smartsville. In 1855, Timbuctoo was the largest of Yuba County’s mining towns with a church, theater, stores, hotels, saloons, a Wells Fargo office, and a Steward Brothers store which was restored and dedicated in 1928. The historic plaque is on Hwy 20 at Timbuctoo Rd (one mile west of Smartsville). The first building at Smartsville was built in the spring of 1856 by James Smart, a hotel proprietor during the gold rush days. The U.S. Post Office officially named the town Smartville, creating a long running debate; Smartville or Smartsville? On August 14, 2008 after a century-long battle, the United States Board on Geographic Names unanimously voted to add the “s” to the town of Smartsville. The Church of the Immaculate Conception was built in 1886, and the Union Church was built in 1863. The Smartsville Cemetery can be seen on the hillside. The historic towns are available for tours by appointment only.

Yuba Goldfields are located off Highway 20 at Parks Bar Bridge.  More gold has been taken from the Yuba River watershed than any other river in the United States. Hydraulic mining activity in the Sierra Nevada washed tens of millions of tons of debris into the Yuba River, and much of it washed out of the Yuba River canyon burying the large mining camp Parks Bar and a place called Weiser’s Bar, where 100 Chinese miners reportedly drowned in a huge flood. In the 20th century, floating dredgers were used to search for gold in the debris that flattened out over 10,000 acres. The dredging activity created dozens of ponds amid a moonscape of gravel piles. The area is populated by a variety of flora and fauna and is a popular location for four-wheeling, fishing and hiking.

Historic Marker #1003 located at Sixth and A Streets in Wheatland. In 1913, two workers and two law enforcement officers (including the District Attorney of Yuba County) were killed in one of the most important and well known events in California labor history: The Wheatland Hop Riot. The riot occurred after workers complained about labor conditions, and the owner of the Durst Hop Ranch called authorities. As a result, the riot focused public opinion on the plight of farm workers. A federal investigation of farm working conditions followed, and new regulations were passed for providing basic housing and sanitary amenities for workers. It was the first major farm labor confrontation in California. 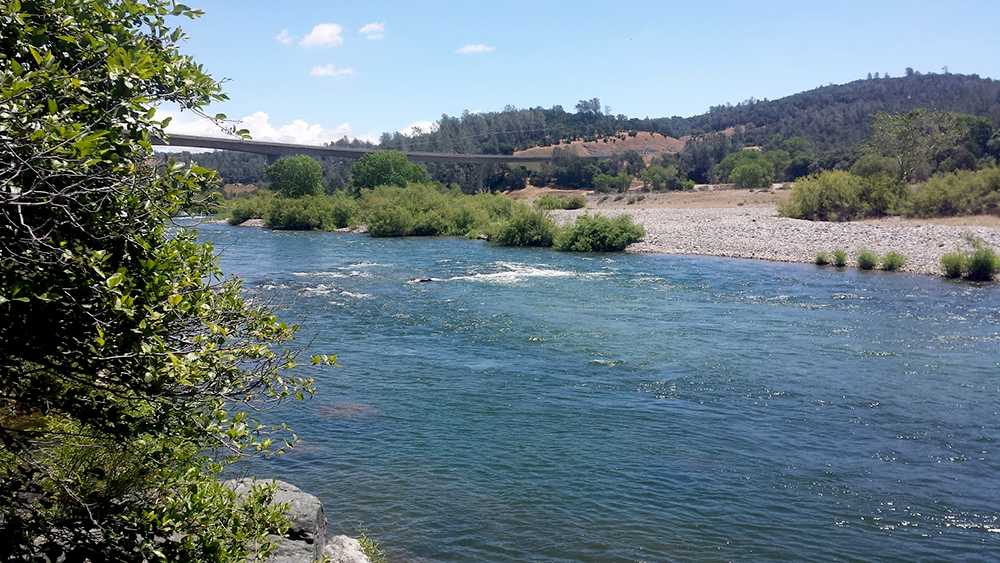